Playing our part in combatting the opioid epidemic 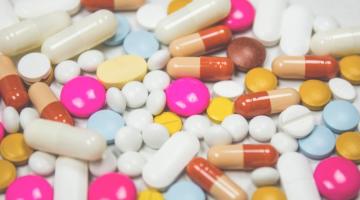 Philadelphia – Health Federation of Philadelphia (HFP) staff were recently involved in three initiatives related to combatting the opioid epidemic in the Philadelphia region. In March HFP assisted in organizing a five county regional meeting, partnered in providing training sessions for providers and served on a subcommittee of the Mayor’s Task Force to Combat the Opioid Epidemic.

“This is a huge community health issue, and we’re concerned about our neighbors, and our patients and our community,” said Ann Ricksecker, the associate CEO of HFP and the Philadelphia partner coordinator for the MidAtlantic AIDS Education and Training Center. “We’re hopeful that the HFP community will be able to step up and play as much of a role as possible.”

In March, HFP joined other partner organization such as Prevention Point, the Philadelphia County Medical Society and University of the Sciences in Philadelphia, among others, to organize a cross-county meeting to build a regional approach to overdose prevention through interaction discussion. It was attended by leadership from Bucks, Chester, Delaware, Montgomery and Philadelphia Counties. Attendees included representatives from each county’s behavioral health authority, law enforcement, emergency EMS, universities and community service organizations. Each county shared best practices about how they are combatting the opioid epidemic, focusing on strategic responses and rapid response plans.

“The purpose of the meeting was to share information between counties and build connections,” said Ricksecker. “In order to effectively address the complex elements of the current opioid crisis, we recognize that counties in Southeast Pennsylvania want to discuss collaborations with each other. This meeting was for county leaders to share best practices and strategic responses.”

HFP also assisted in Scope of Pain training, which was held on March 16 in Springfield, Delaware County and March 18 in Philadelphia. Specifically for practitioners, the training course from Boston University focused on safe and effective pain management for patients with chronic pain and essential information on prescribing opioids.

In addition, representatives from HFP served on the Mayor’s Task Force to Combat the Opioid Epidemic. The Task Force began in January and concluded with recommendations in March. From HFP, Ricksecker and National Health Corps Philadelphia member Vaibhav Penukonda served on the Public Education and Prevention Strategies subcommittee, which was co-chaired by Rev. Richard A. Harris, the pastor of Firm Hope Baptist Church and Jeffrey Hom, a policy advisor for the Philadelphia Department of Public Health.

According to Hom, over 900 people died from drug overdoses in Philadelphia in 2016, 80% of which involved an opioid.

“With these sobering stats in mind I’m grateful that the Mayor convened the Task Force to strategize and develop a local plan – one that builds upon the strength of Philadelphia and its existing resources – to address it,” stated Hom. “For many of our subcommittee members, it was their first time talking with others from such different professional backgrounds on a topic about which they all cared. Over the course of our meetings, it was clear that new partnerships had formed and that these would lead to new collaborations, independent of our subcommittee’s formal recommendations. All of the members of the subcommittee brought their own experiences to the table, and it was gratifying to me to see everyone push one another, listen to and learn from each other, and identify opportunities to work together.”

Ricksecker, in particular, highlighted similarities between the opioid epidemic and lessons she has learned working in HIV, particularly addressing the stigma surrounding substance use disorders. Penukonda added valuable insight in reaching diverse and vulnerable populations, stemming from his experience assisting patients of the Family Practice and Counseling Network, Abbotsford Falls Clinic enroll in Pennsylvania benefits and social services.

“I also believed I could add a youth perspective,” Penukonda said. “This is not an epidemic that will be solved only by healthcare providers, but also by empowering civilians to more deeply care about each other and their communities to break the stigma that makes often hidden opioid abuse so difficult to combat. My time on the task force showed the diversity of industry, academic, professional and lived perspectives that are needed to enact sustainable, city-wide social change.”

For HFP it’s important to be involved because of the organization’s policy and training institute, and also because the organization cares about its community. “It is our job to respond quickly when health professional need to know more about something important. With this epidemic, it’s important to provide ways to improve the competence of every level of health professional and the overall workforce,” said Ricksecker. “We want to help. We’re saddened by all the people who have been hurt by this. There is almost no one that doesn’t know someone who has been directly impacted. There are stories that need to be told.”

For more information:
The Mayor’s Task Force to Combat the Opioid Epidemic