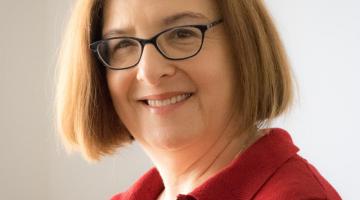 The 2018 Social Determinants of Health Conference hosted by the American Heart Association was held in Philadelphia on Temple University’s Campus on September 24th and 25th 2018.  The Conference strived to remove barriers to good health by convening stakeholders to share experiences on programs, policies, and strategies aimed at reducing health inequities.

During the Conference, the Health Federation of Philadelphia’s (HFP) Leslie Lieberman, senior director of training and organizational consulting spoke to attendees about the intersection of social determinants of health (SDOH) a­nd adverse childhood experiences (ACEs.)

Lieberman, whose work at HFP focuses largely on creating trauma-informed and resilient communities, emphasized that the power and beauty of the ACEs science is that it has helped to reshape how we understand health by shifting the key question dominating health care away from "what's wrong with you" to "what's happened to you.” She then discussed that the many replications of the ACE study have revealed that ACEs are not equitably distributed and people of color, people living in deep poverty, people who identify as LGBTQ carry a much higher burden of ACEs.

“Since the first study of adverse childhood experiences (ACEs) was published in the 1990's we have growing evidence that what happens in childhood has lifelong impacts on our health. Replications of the ACE study have further revealed that ACEs are not equitably distributed and they are inextricably linked to social factors such as poverty and low educational achievement. Going forward, strategies to address ACES must be broad, focusing simultaneously on prevention and mitigation at the individual and household level and on removing structural and environmental barriers that reduce the likelihood of moving out of poverty. Working together across sectors can facilitate this.  I am pleased to see the American Heart Association recognizing its role in addressing the social determinants of health and fostering partnerships as critical to its mission to fight heart disease.  This conference was an important first step,” said Lieberman.