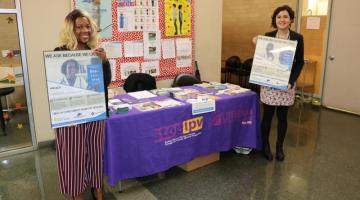 The 20th annual Health Cares About Domestic Violence Day (HCADV) spread its powerful and positive messages on Wednesday, October 9, 2019 in the Philadelphia Department of Public Health’s (PDPH) Health Centers across Philadelphia.    Launched by Futures without Violence in 1999 in order to highlight the serious health impacts of domestic violence and sexual assault, HCADV Day is an opportunity for health care providers and domestic violence (DV) programs to shine a light on the significant role the health care community plays in screening for, and intervening with issues of DV, also referred to as Intimate Partner Violence (IPV).

PDPH's forward thinking on the issue of DV/IPV led to the development of a policy for their community health centers about two decades ago, long before many health care providers recognized the intersection between DV/IPV and physical and mental health.  To that end, PDPH has provided ongoing support to address this serious public health issue through a number of activities, one of which has been the annual recognition of HCADV day at each of its eight ambulatory health centers.  This year, the Health Federation of Philadelphia once again partnered with PDPH and Philadelphia's DV and sexual assault community to address DV/IPV and sexual assault.  These organizations all play a critical role in the city's collaborative response to domestic and sexual 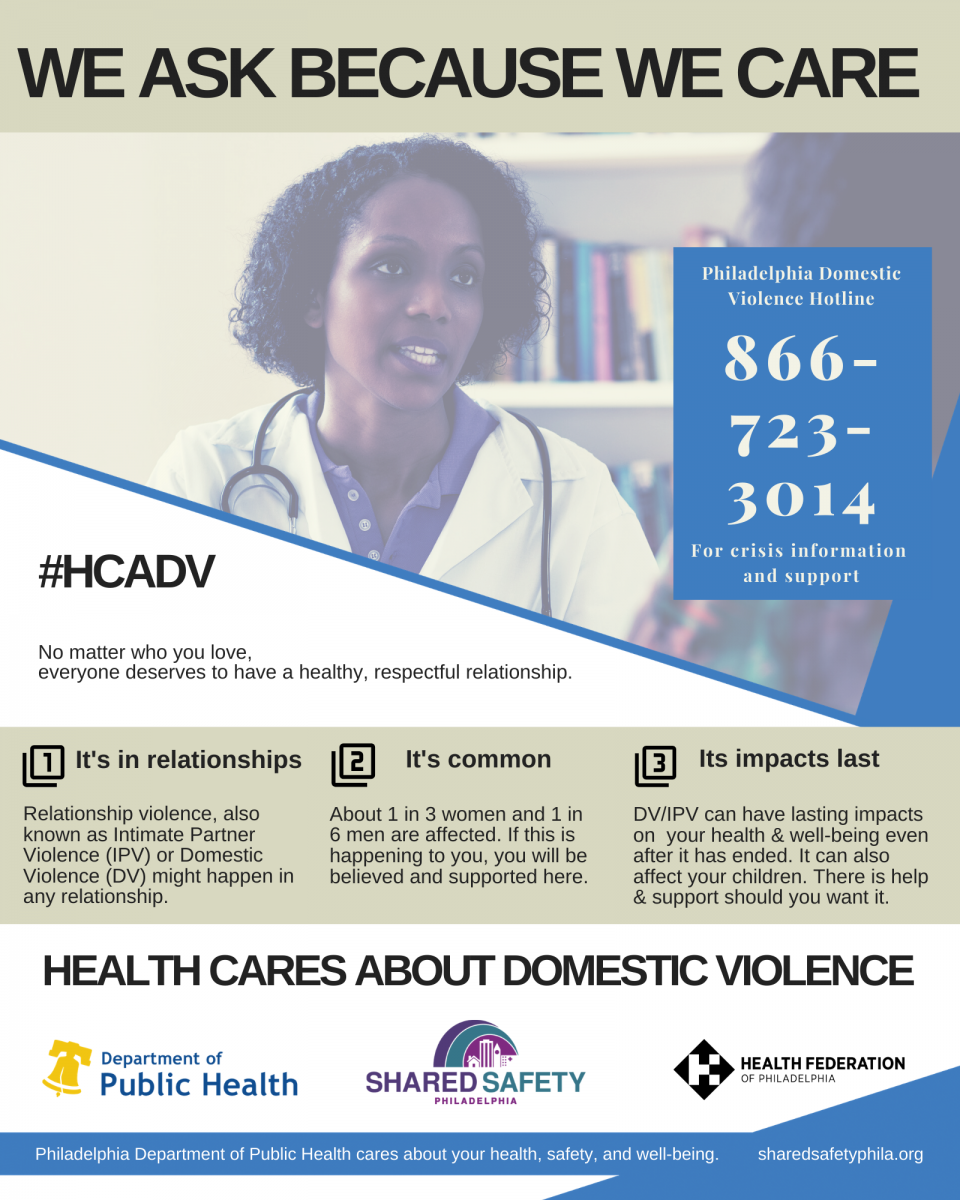 This year's message, featured on the newly framed posters hanging in the health centers was "We ask because we care," highlighting the message that routine, universal screening in the health centers is safe and confidential.   It can also ensure appropriate referrals for the survivor, the abusive partner, and the children affected by its presence.  Teresa Salinas and Rhonda F. Wingfield of Lutheran Settlement House spent the day in Health Center 6 raising public awareness about this pervasive issue.

“Intimate partner violence affects our community 365 days a year,” shared Salinas.  “We are excited to have Health Cares About Domestic Violence Day to spread awareness and information to let people know there’s help available,” she continued.